This 1900 era pair of famous "Marly Horses" or "Horse Tamers" are made after the originals orignally designed and made for King Louis XV of France in 1745, by famed royal sculptor, Guillaume Coustou.

The mammoth original statues were placed for the king at Marly, originals were at the entrance to the Champs Elysee in Paris, they have been replaced by copies and the originals are at the Louvre Museum in Paris.

Artist Coustou was born in Lyon Nov. 29, 1677 and died Feb. 2, 1746 in Paris. He won the Colbert Prize, a four year scholarship to the French Academy in Rome, but soon left. Working for both King Louis XIV and Louis XV, his sculptures are in the Tuileries gardens, Versailles palace and the Metropolitan Museum of Art in New York.

"Chevaux de Marly" are probably his most famous work. Inspired by the renowned Roman marbles of the Horse Tamers at Piazza Quirinale in Rome, the powerful action and strength of these great steeds has captured the imagination ever since.

These heroic works of art were cast in solid brass in France. Measurements are about 13" long, 6" wide and 16" tall. 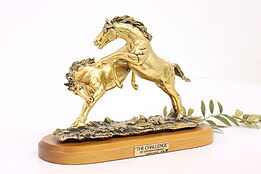 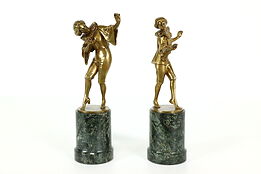 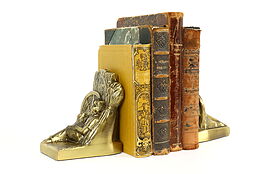 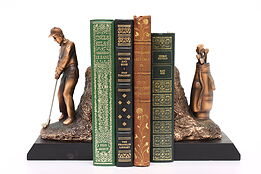 We are here to answer any questions, including shipping information and additional measurements. Please call us at 920-733-7115 or use this form.